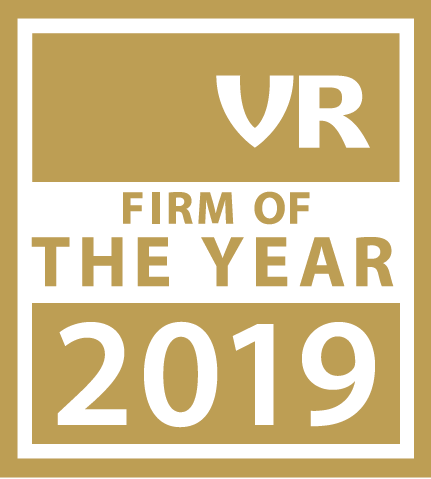 Execution and principles of the Company of the Year survey

Gallup is responsible for the execution of the VR survey of Company of the Year as well as for the processing of results.

The Company of the Year 2019 survey covered members who were registered in VR when the survey began. In addition, companies were invited to allow employees other than VR members to participate in the survey. A total of 118 companies took advantage of this invitation.

The results are published on the VR website according to the total scores of companies and their scores for key components. Companies may purchase more a detailed analysis of the results, with Gallup being responsible for drill-down analyses and collecting payment for them.

The Companies of the Year 2019 were selected by sending a questionnaire to the employees of companies requesting their assessment of the internal working environment of their company. The measurements covered nine key components in the working environment of the companies. By having the measurements cover a range of components, a comprehensive image can be gained of their internal working environment. Such extensive measurements also help management to better understand the status of issues in their companies, as they receive the results of each component of the working environment. As a result, it is easier to see where improvements need to be made and which components are acceptable. Factor analysis was used to identify underlying components that explain correlations between questions. Using this method shows what questions measure particular terms or components, i.e. what terms are measured in the questionnaire and how many they are. The factor analysis revealed, in all main respects, nine components.

The nine components revealed are employee attitudes toward management, wage terms, working conditions, flexibility of work, possibility of employees making independent decisions in their work, satisfaction and pride, morale in the company and equal rights. The nine components are collated from the questions falling under each component. The questions that relate thereto can be seen further down the page. Each question can be answered by using a five-point scale where one end of the scale indicates considerable satisfaction regarding the question asked and the other end indicates considerable dissatisfaction. Scores for each component represent, therefore, the average satisfaction among responders of the questions that fall under the component in question. The questions are listed in the table in the order of their weight regarding the component so that the question with the greatest weight is at the top.

The weight of the nine components differs in the composition of the total score (see Table 1). The same criteria applies to the total score and to the components; the lowest value is 1 and indicates significant dissatisfaction, or the most negative stance, while the highest is 5 and indicates the greatest satisfaction, or the most positive stance.

Table 3. Reliability of surveys that form the total measurements of the Company of the Year

The average score of companies on the list of Company of the Year was 4,26 compared to 4,21 last year. As table 4 below shows, there is a considerable difference in total scores by company size.

In the VR survey for the Company of the Year, employee attitudes toward key components in the working environment or the workplace are assessed. The survey is a venue for members to air their views and lets management know what has been done well and what improvements may be made. The results are a gold mine of information for management and a useful guide to whether and where improvements are needed. Not only do they show the position of the company in the eyes of employees, but also its position in comparison to other companies in the labour market.

The ideology behind the Company of the Year is that the internal working environment of companies has no less an effect on their results as do external operating conditions. The companies that for some reason harness their human resources poorly or not at all can neither take advantage of external conditions nor respond to negative operating conditions or external difficulties.
The internal working environment in this context refers first and foremost to the attitudes that are foremost among employees. How do they view their work, working facilities, colleagues, superiors and the policies and management of the company? How do superiors respond to their subordinates? The more negative these attitudes, the poorer the internal working environment of the company.
This can be measured in many ways. The VR survey bases its conclusions on nine key components: management (previously entitled management credibility), morale, wage terms, working conditions, flexibility of work, independence in work, company image, satisfaction and pride and equal rights. Equal rights were first included in 2016. These components reflect the trust found in communications within the company, how proud the employees are in general as regards their work and the company that they work for, the respect that superiors have for their employees and the prevailing atmosphere in the workplace.

Companies that are considered a desirable workplace can take their pick from among the best qualified employees and enjoy the benefits of employee loyalty. Manufacture and services improve in quality, as the synergetic effects are that all employees make every effort to achieve success. A good working environment reduces pressure and stress and increases general job satisfaction, which again leads to a decrease in the number of sickness days off. Employees show initiative in their work, which furthermore encourages innovations in company operations and successful developments. As a result, the company becomes more flexible with respect to changes in its operating environment or in changed competitive conditions. The company’s image strengthens, both internally with respect to its employees and externally, and the company enjoys, moreover, the benefits of positive discourse.

The survey highlights where improvements are needed

A powerful tool for VR

The results of the survey provided VR with a clear and comprehensive view of member attitudes toward their workplace. This information is of use to the union in its wage term negotiations, provides VR with the opportunity of assessing where it should focus its efforts in its demands for collective wage agreements and whether the perceptions of superiors and/or the public sector need to be changed. The survey thereby adds to the foundation supporting the operations and services of the union.

The companies in the top fifteen seats in each size category receive recognition as a Model company, and there is good reason to draw attention to their performance. Many of these companies place high on the list year after year, irrespective of their results, clear evidence of their dynamic human resources management.

The companies in the top fifteen seats in each size category receive recognition as a Model company, and there is good reason to draw attention to their performance. Many of these companies place high on the list year after year, irrespective of their results, clear evidence of their dynamic human resources management.

Here you can see the standing of individual companies according to size category.

The Company of the Year 2019 survey covered members who were registered in VR when the survey began. In addition, companies were invited to allow employees other than VR members to participate in the survey. A total of 118 companies took advantage of this invitation.