As we have written here on the VR web, Icelandic households have lagged behind in the government's help efforts in the wake of the Covid epidemic. The households have largely paid for their own aid themselves by tapping into their personal pension savings.

VR has put forward the idea of special support loans that ensures financial security for those households that have suffered job losses and a drop in income due to Covid. The idea was presented to ASÍ and is now part of the their policy. VR and ASÍ then introduced the idea to the government just over a month ago, but little has happened since then. Therefore, we now present this idea to the countrie’s households. Time is short and many homes are already on the verge of collapse.

Our idea involves the involvement of both the state and the banks. VR proposes that support loans be provided to households with a 100% state guarantee and a discount on total income tax to meet the repayments. Banks are expected to assess households' solvency and provide them with monthly loans with a government guarantee. In this way, households can continue to meet their obligations and support themselves and their families during a fall in income. Such a line of credit would be for up to 18 months, if necessary.

The economic consequences of the epidemic are having a devastating effect on households in the country, and it is important that we work together to help those households that need it. VR proposes that the repayment of support loans be through the tax system. The due date will be once a year and is paid by a discount from total income tax payments. The repayment period will be ten years.

The estimated cost estimate for the support loans is ISK 18 billion. Other measures in favor of households, such as extending income-related unemployment benefits and raising basic benefits, as well as vaccines against the virus, will undoubtedly reduce the need for support loans and reduce public costs. To put the loans in context, it can be mentioned that the Treasury's guarantee for Icelandair's credit line is just over ISK 16 billion and corporate income subsidies are estimated at up to ISK 31 billion.

Households left behind in governmental support 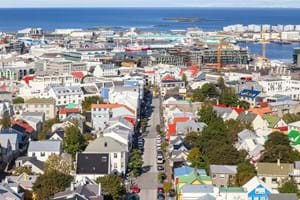