VR's Annual General Meeting was held on Tuesday, June 9, 2020. The board’s annual report was read and the annual accounts submitted for approval. VR’s earnings increase by ISK 552 million from the year before, with operating revenues totaling ISK 4.5 billion and operating expenses at ISK 4.7 billion and revenues at the disposal of ISK 927 million.
The number of members increased by 3.7% and now total 37,375, but that is partly due to our merger with the Store and office worker’s union of Suðurnes in 2019.
The VR board submitted three legislative proposals, all of which were unanimously approved.
Two proposals for amendments to the regulations of the Sickness Fund were also submitted and both were unanimously approved.
And finally it was approved to deposit the annual amount into the VR Contingency Fund for 2019 and that was completed on Thursday, June 11, 2020.

Remember your wages should increase in next month‘s wage payment 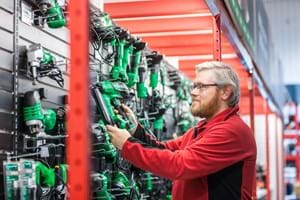 Did you just lose your job? Micro-course on our web