At a meeting of the Chamber of Commerce on 18. November, Ragnar Þór Ingólfsson, the President of VR, had some harsh words of criticism regarding the decision of the Central Bank of Iceland to raise the interest rate. When it comes to increased inflation Ragnar Þór said it was certainly not appropriate to try to blame the trade union movement as there are various external factors such as e.g. the real estate market that have a major influence.

Regarding the discussion on the Nordic model for the labour market collective bargaining here in Iceland he also pointed out that if such a model was to be adobted there must be trust between everyone involved and promises made by the government must be fulfilled. Our current collective agreement has yielded great benefits with regards to what was agreed with the employers but the government has not kept their promises. 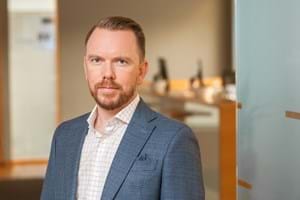