The leadership team of VR's Senate (Öldungadeild VR), which includes all those aged 65 and older who have paid dues to VR during their working lives, met in January and outlined the work ahead in matters relevant to senior members of VR.

The new rules on VR's Senate, approved by VR's board last year, state that the leadership team, entitled VR's Council of Elders (Öldungaráð VR), is temporarily appointed until VR's Annual General Meeting at the end of March but then VR’s board will appoint three members and the members of VR's Senate will vote for three more or 6 in total and the chairman of VR also has a seat in the Senate in addition to them.

In the near future, there will be continued emphasis on support for the Gray Army (Grái herinn), the senior citizen action group regarding pension rights, but VR has joined the Gray Army's lawsuit against the Social Insurance Administration (Tryggingastofnun) on behalf of of the Icelandic state due to reductions in public old-age pensions in proportion to the rights that people have earned in general pension funds. It is our view that this is in violation of Article 72. of the Constitution in addition to Art. Annex 1 of the European Convention on Human Rights on the right to private property. After all, the system of compulsory pension savings, which was established in our wage agreements in 1969, was intended to be an addition and not a substitute for social security pensions.

Many other issues concerning the interests of older members will also be on the agenda, e.g. housing etc. - we will bring more news on the work of VR's Senate in the coming months. 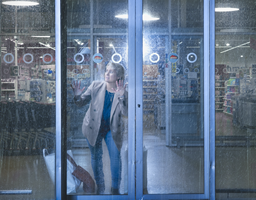